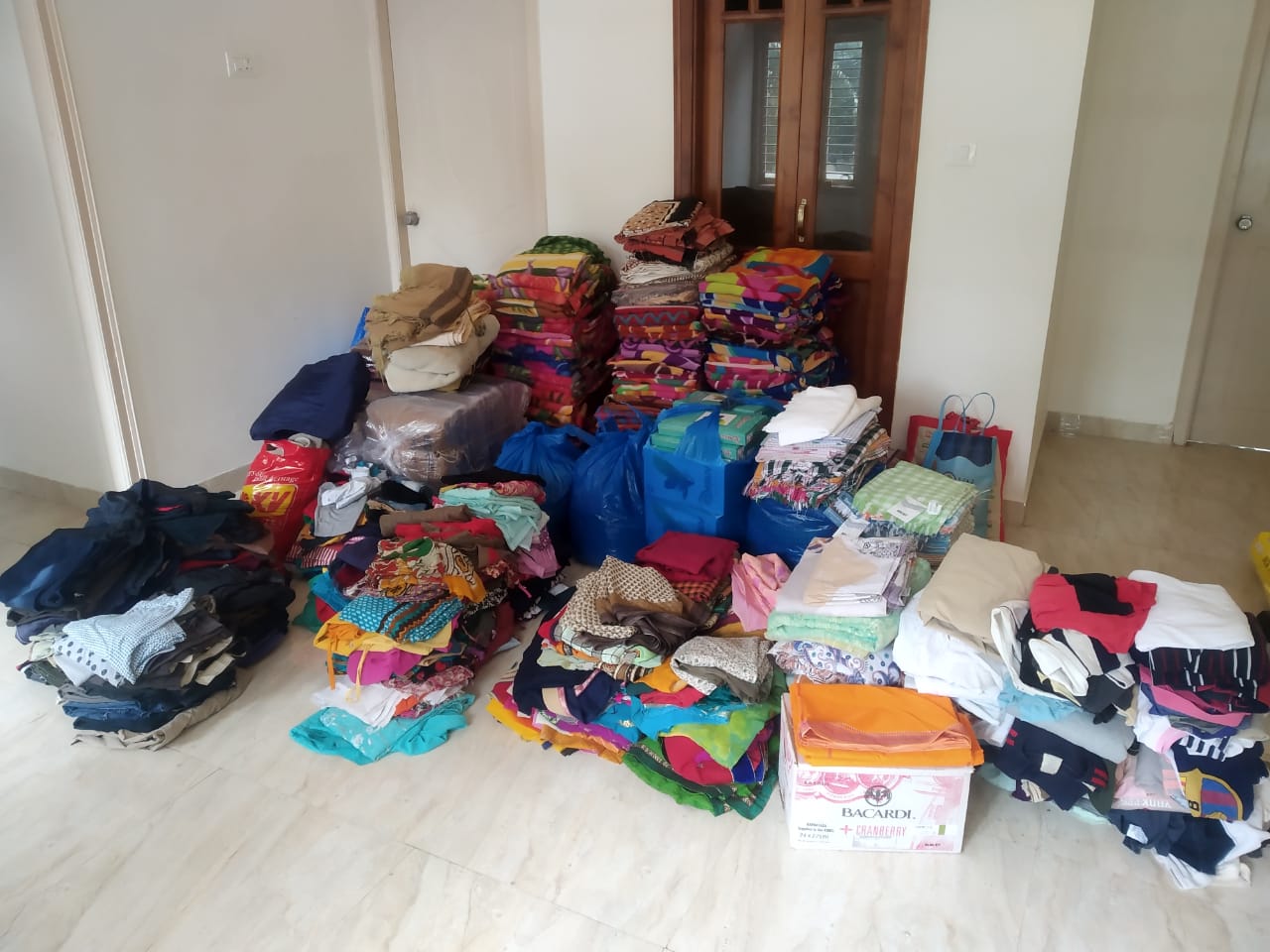 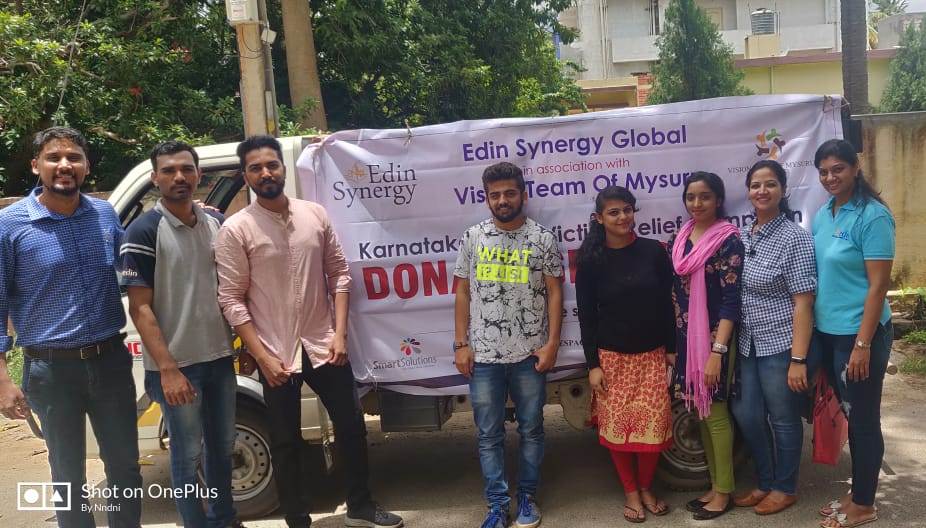 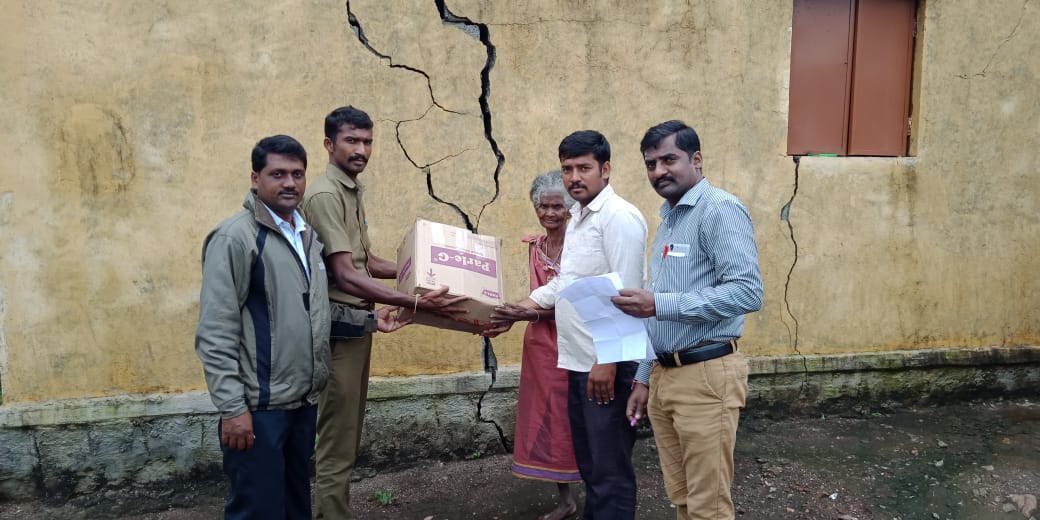 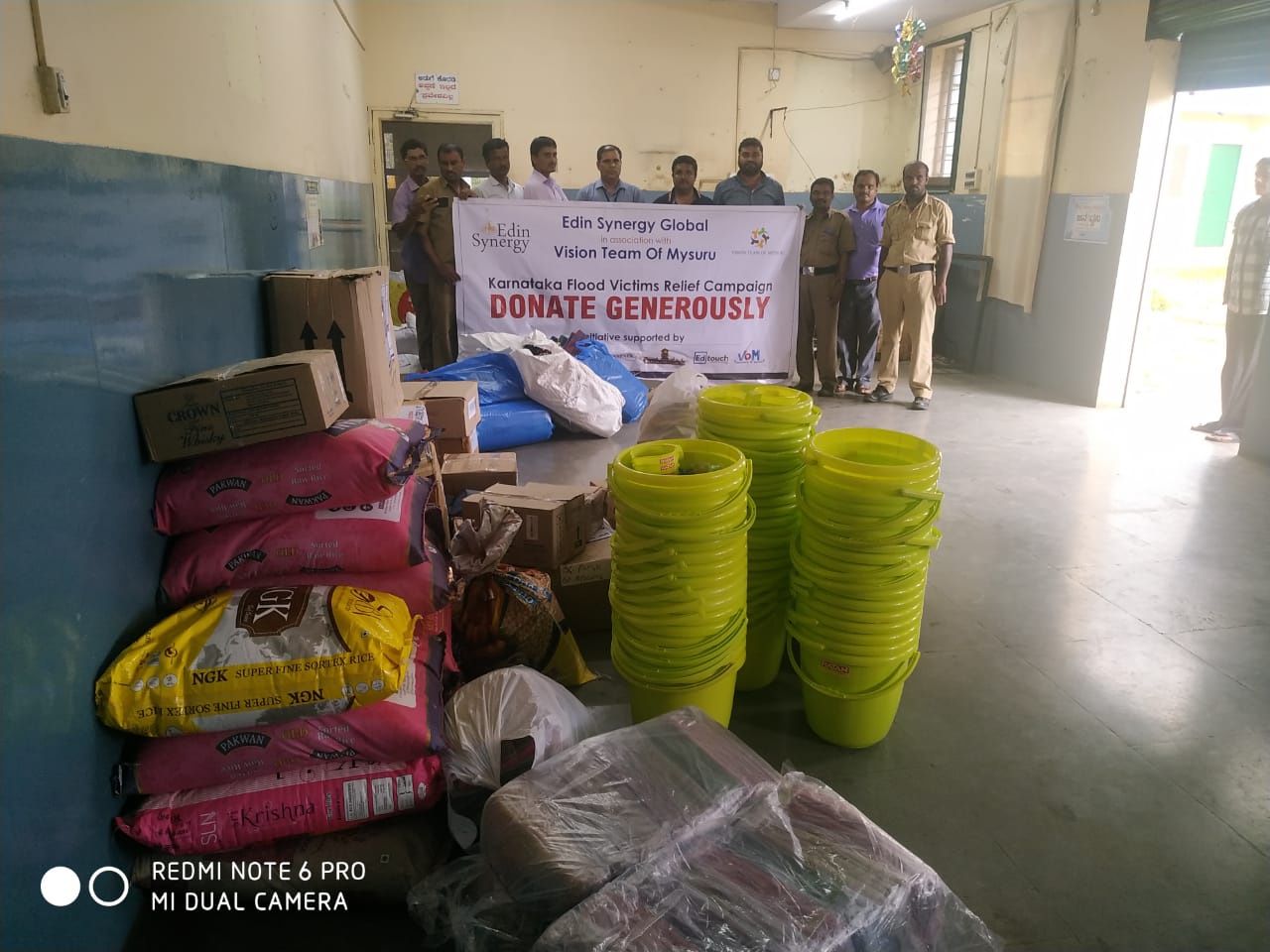 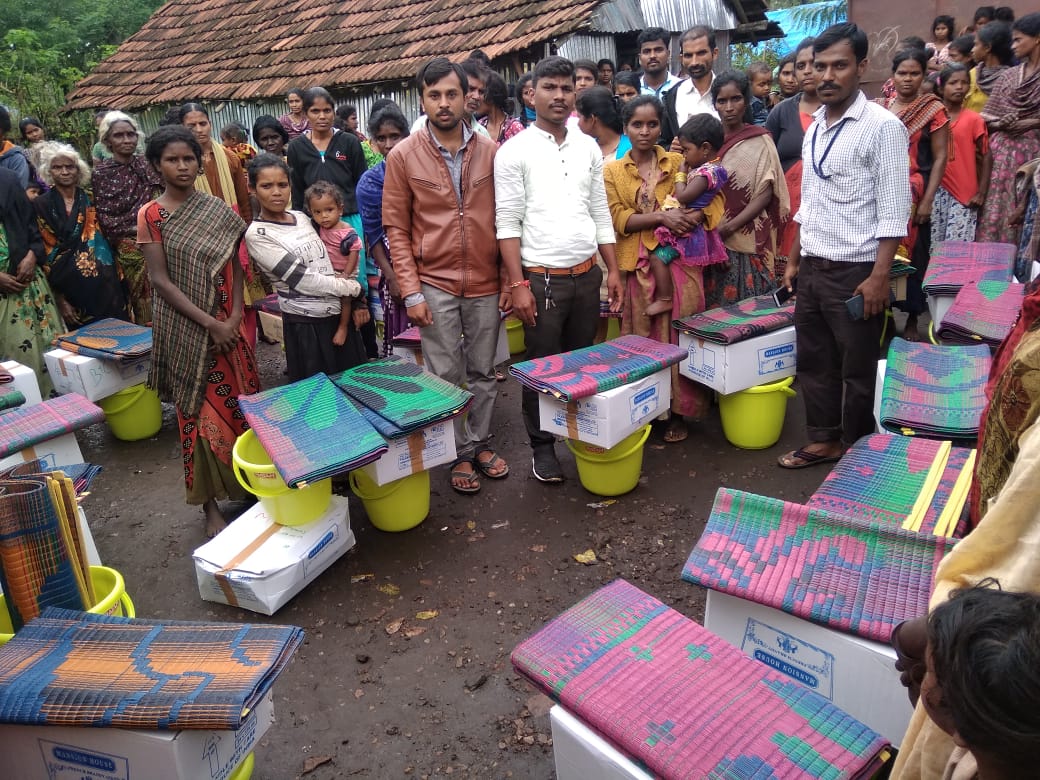 EdinSynergyGlobal in association with the Vision team of Mysuruorganized a flood victim relief campaign in August 2019 to support the flood-affected victims of different parts of Karnataka.

Relief materials worth 4 Lakhs were collected in a period of 7 days & distributed to the flood-affected places like Saraguru, Virajpete, Balehonnur&Mudgere Districts.

The volunteers worked hard to make the campaign successful by reaching out to the victims as soon as they heard about the loss caused by the calamities. The details of the material requirements were sought from the relief camps. Thereafter sub-teams were formed. Some took the responsibility of promoting the campaign; some started gathering the contributions from the donors.

Cash of Rs 1, 45 Lakhs was collected and the same was utilized to buy the required relief materials.As per the requirement relief material including Provisions, Groceries, Water, Food Packets, Milk, Blankets, Bed Sheets,Clothes, Toiletries, Medicine, Buckets, Utensils, Notebooks for children, School Bags, Torches, Mosquito Coils were bought with the money collected and also collected the same from people who donated in kind.

Then the team segregated and meticulously packed the materials for individual families stranded at the relief camps. Volunteers at the camps took further responsibility for reaching out to the people in need of relief materials.

In a span of seven days, the teams covered four destinations and reached many families. While sharing the experience of running the relief campaign, team members of Edin Synergy Global and Vision Team of Mysore thanked the contributions of the public and expressed their views on how such a campaign is the need of the hour in extending a helping hand to the fellow citizens of the country.